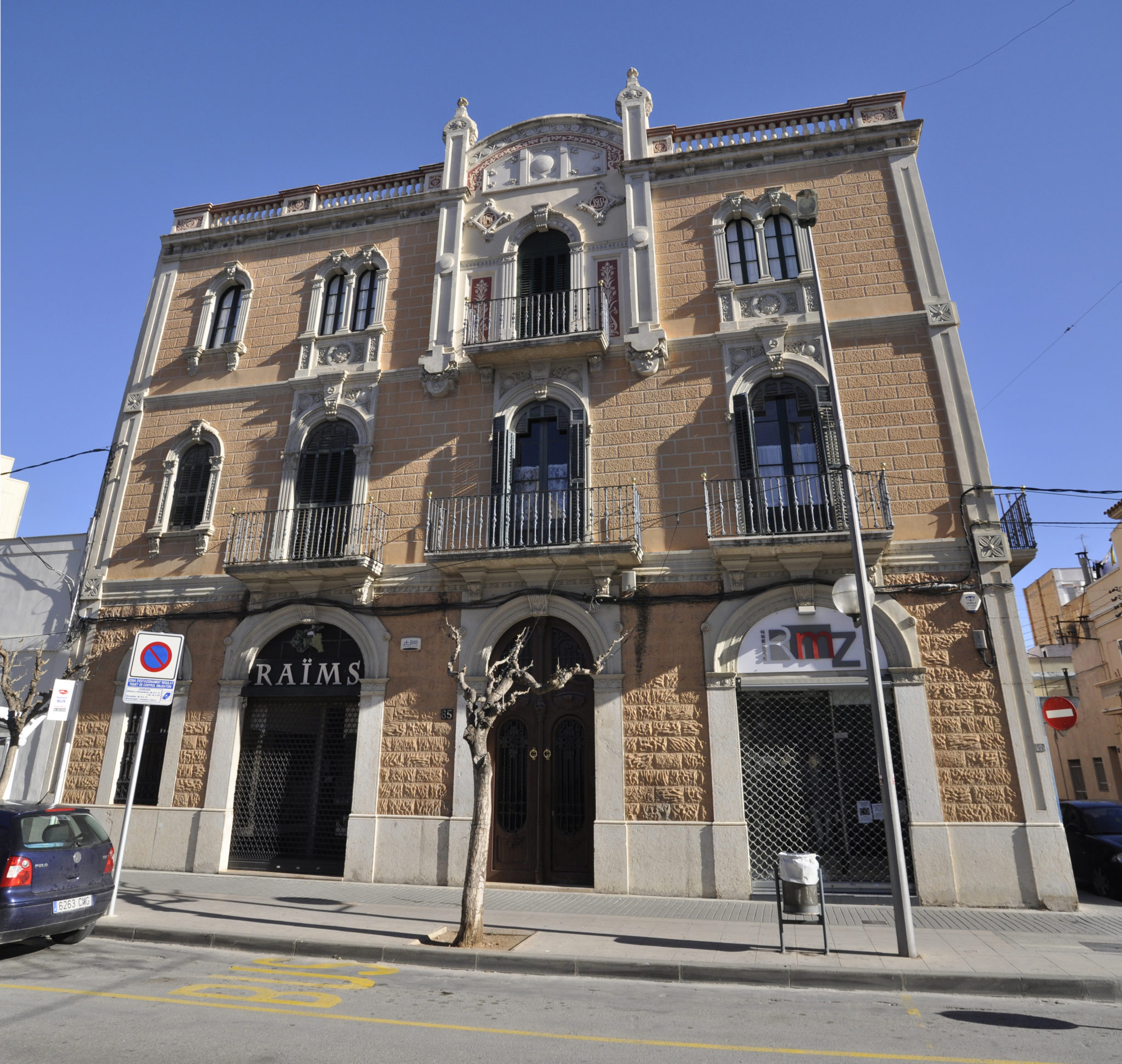 It was owned by a farmer dedicated to the paddy fields. There were warehouses, courtyards, cisterns, cellars, stables, own sewers, etc. and highlights the green colour of the windows and balconies, indicated that it was a farmhouse.

From the same family, Casa Palau Fàbregas, also known as the old Casa del Francés, has always had the ground floor for the purpose of a shop or other type of trade or service. 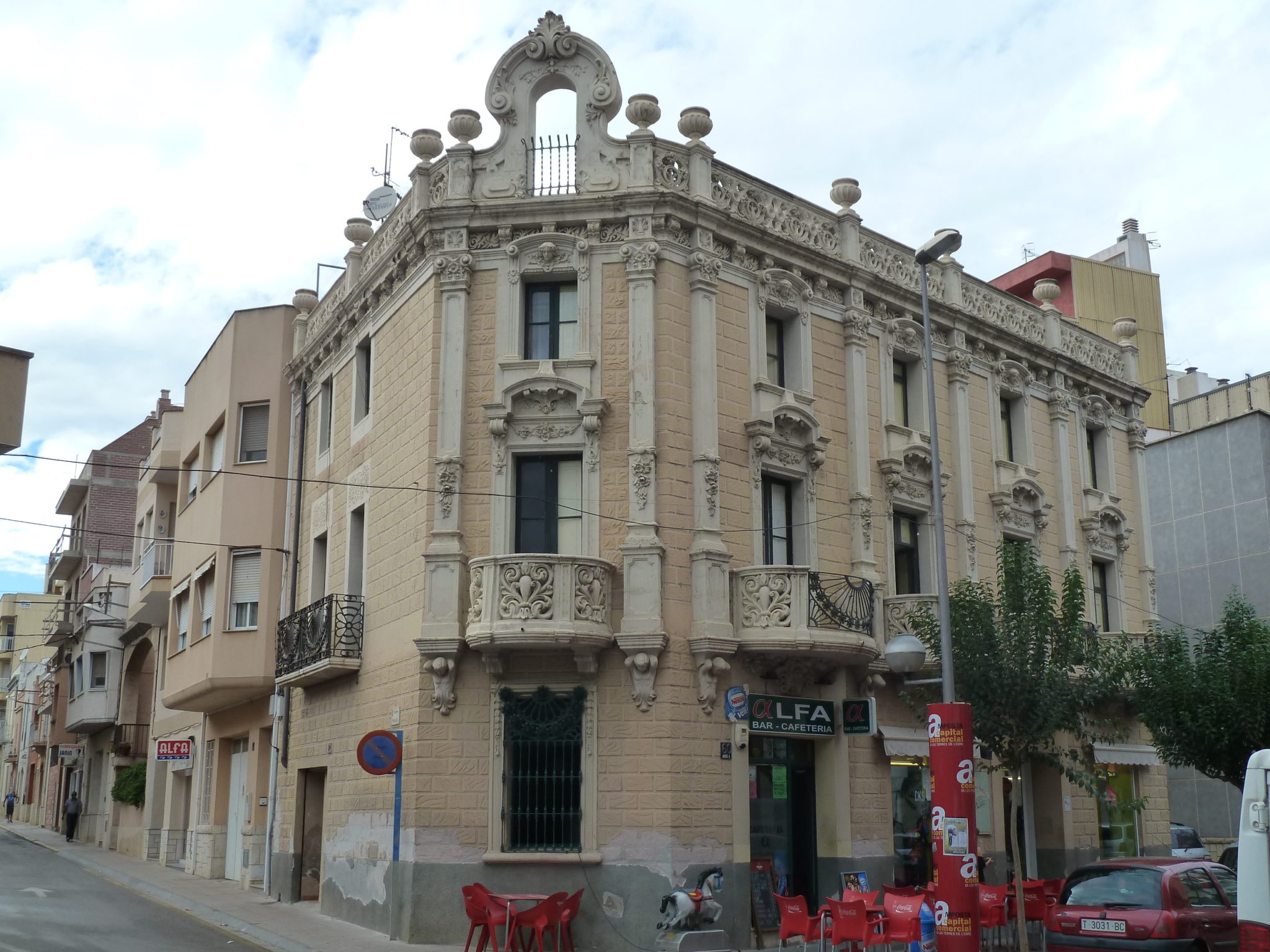 Modernist building built by the architect Joaquim Cabanes Suñer, in 1915-1916, where the ornamental organization of the main façade and the chamfer, with various plants and figurative motifs, stands out. 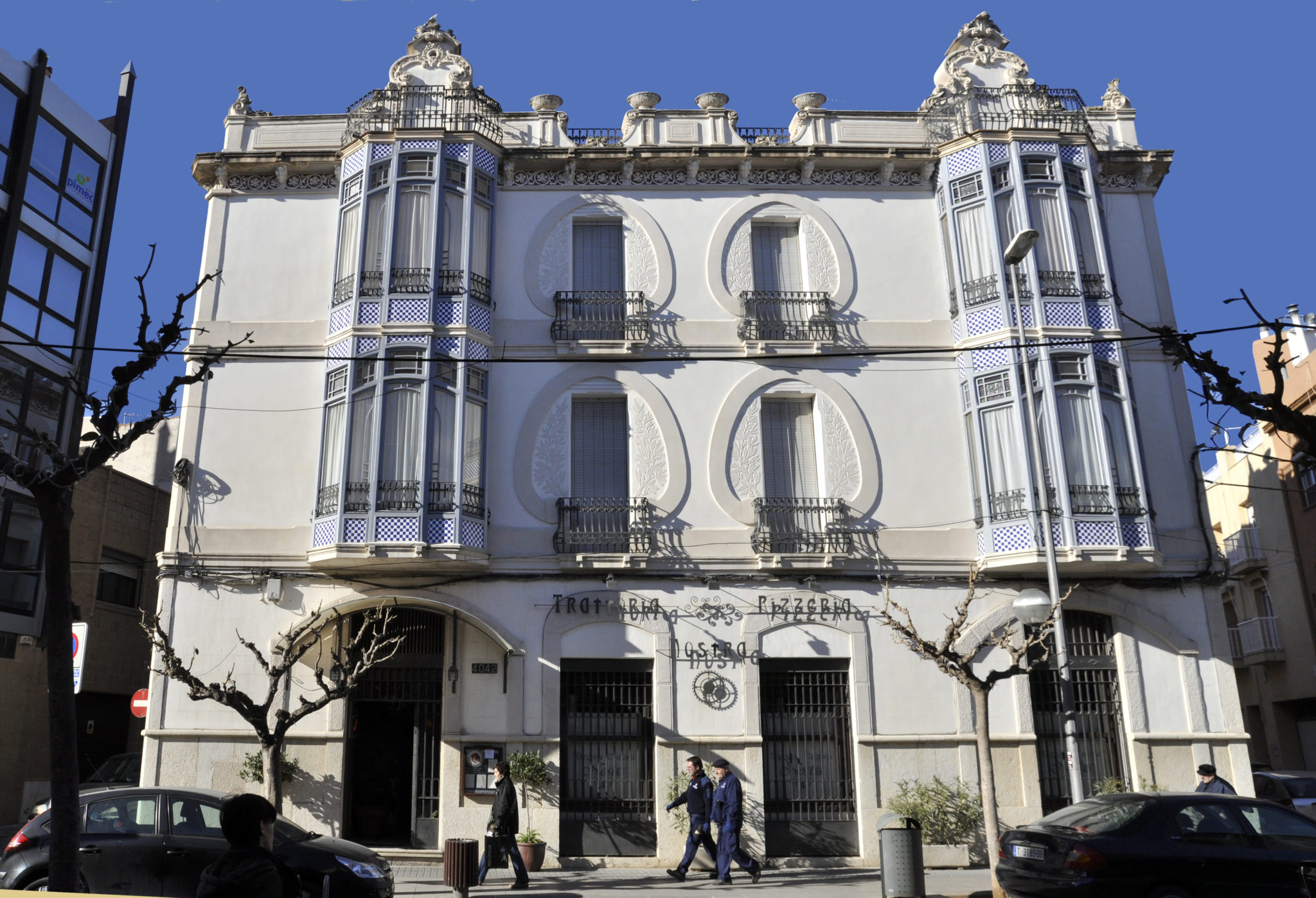 It is an apartment block of the irregular rectangular plan, with the ground floor and two floors, and flat roof. It was built on the basis of investments from rice crops. During the civil war it did not undergo significant damage and to this day it is preserved as it was originally, except for some decorative elements of the facade, removed to prevent accidents and the modifications made on the ground floor to establish the offices of the Central Bank and a bar on the right side facade. It was restored in 1989-90. 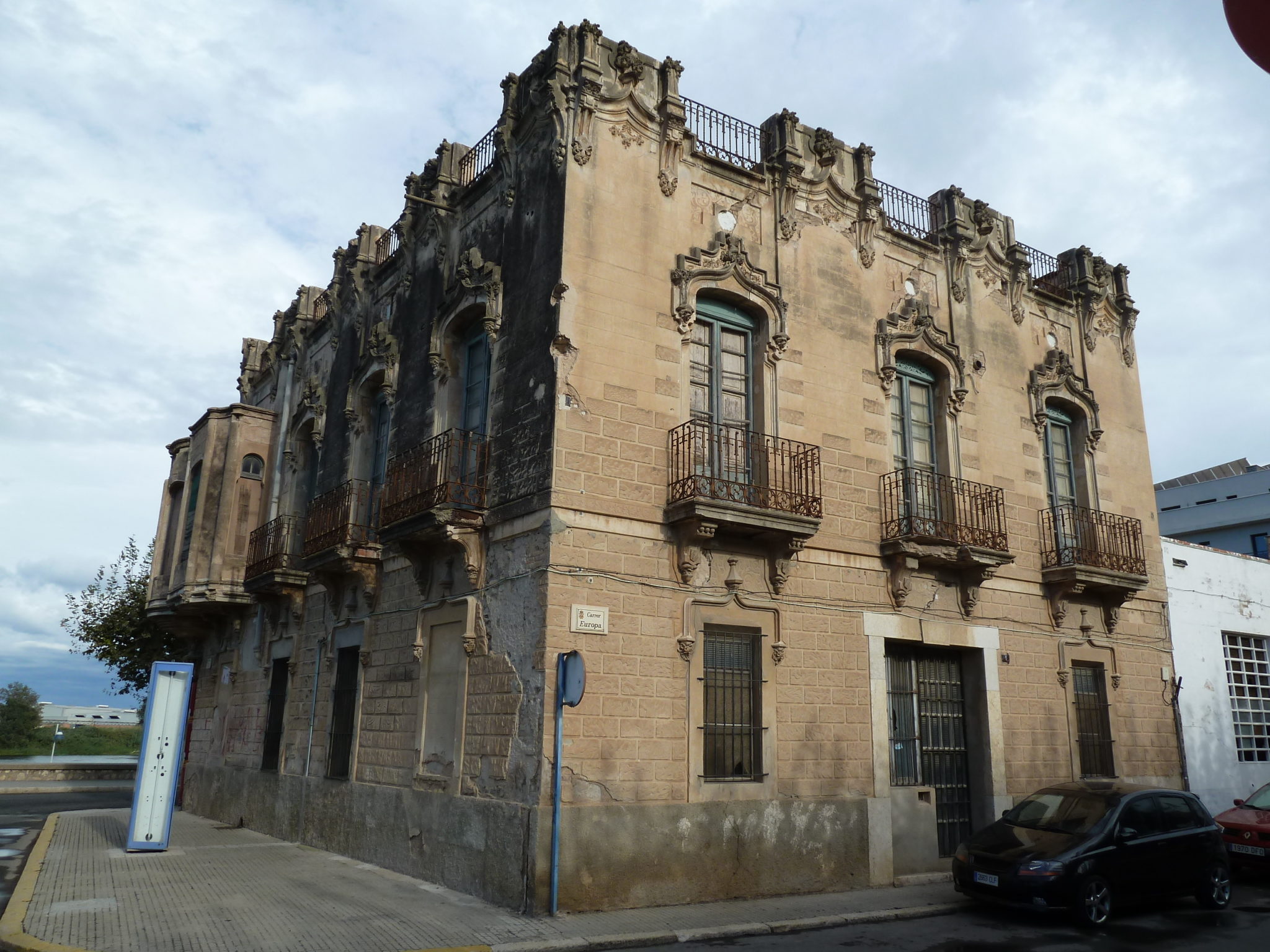 Built by the push of Enrique Ramon, who went to Amposta to work as a mill technician and bought the lot where he built the house. On the ground floor there were the offices, scales and the white rice store, or fish market, as well as a storage for the whole rice, leaving an intermediate space for the machinery of the steam mill. That was how it worked until the Civil War. On retiring Republicans, the facilities that, after the war, were used as rice warehouses by both the fish market and outdoor warehouses by ARDESA, were destroyed until the 1960s, and were later rented to the Rice Chamber and then the part of the market as offices of the Irrigation Community of the Channel of the Right of the Ebro. The building is currently vacant. 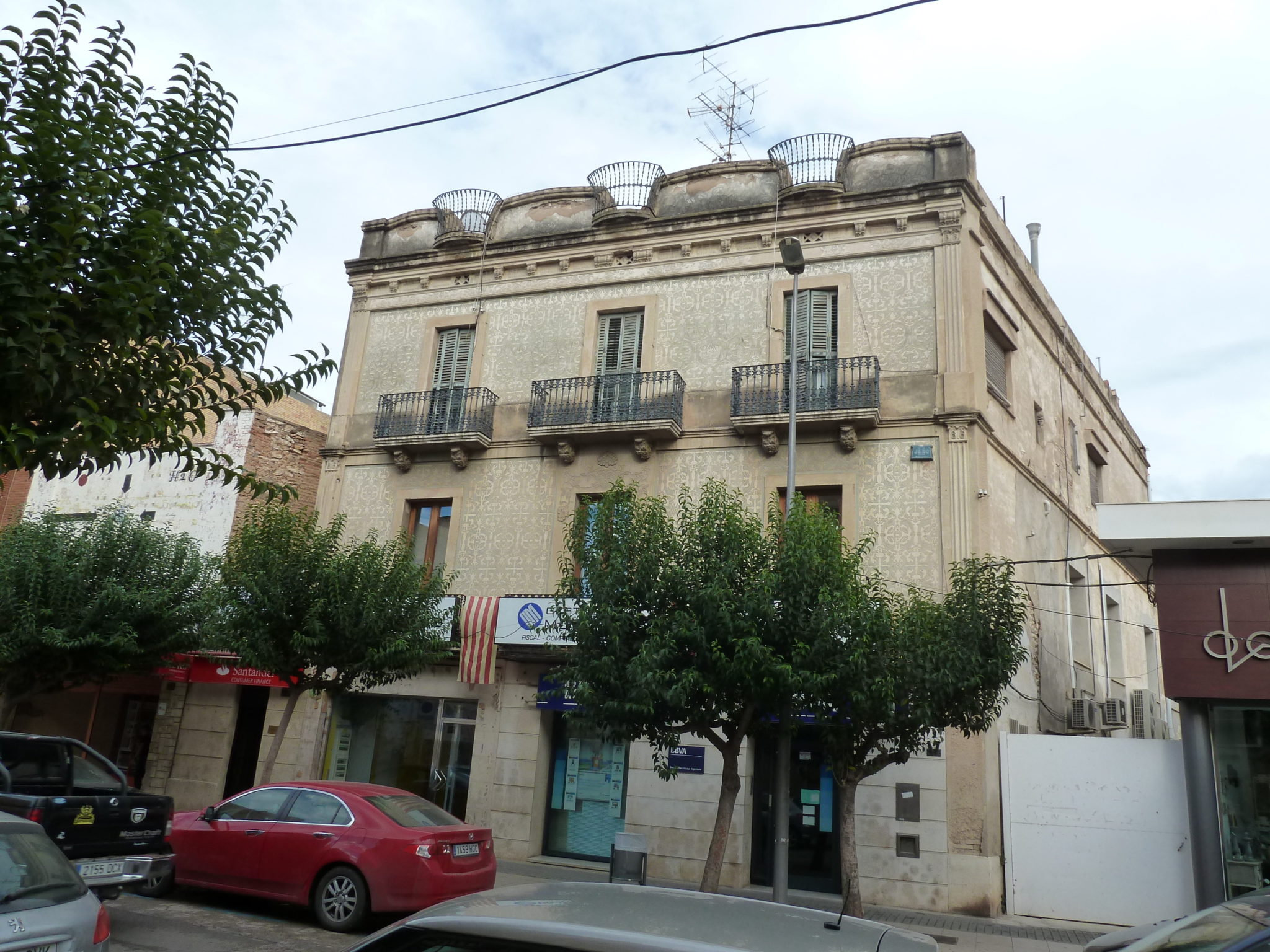 It seems that the construction was done in different stages: first there was the ground floor, where there was a shop and the owners’ dwelling, and later the upper two floors and the staircase were built. 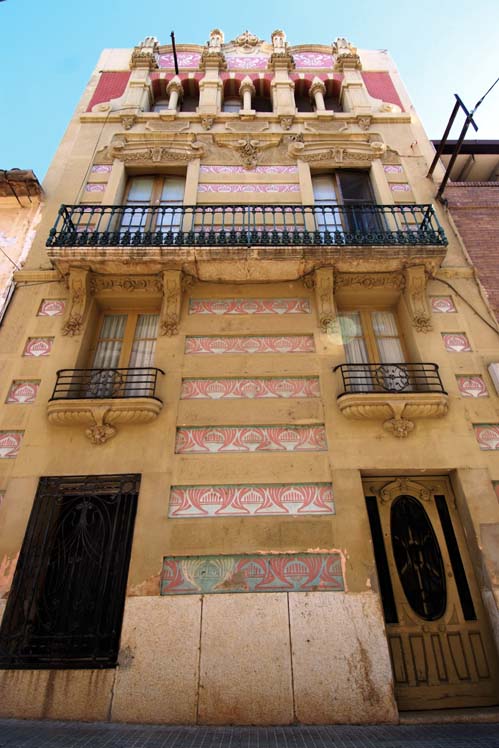 What stands out most about the whole building is the central symmetrical façade, with three logs or floors, the last of which is later and made of brick.

with by Nuwa digital